ARMY: BEHIND THE NEW FRONTLINES 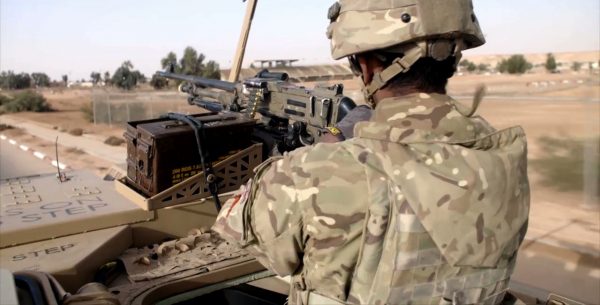 This landmark series for BBC 2 filmed over 18 months, travels into the heart of the British Army at a crucial time in their history. Following controversial campaigns in Iraq and Afghanistan there’s been a political reluctance to put boots on the ground and widespread opposition to military intervention. The Army’s budgets are under increasing pressure and they have the smallest number of troops since the days of Cromwell. Now, with the rise of ISIS, the threat of a new cold war in Eastern Europe and famine and conflict in Africa, the British Army has a new role to play a in a deeply unstable world…

With exclusive access to the rank and file and the generals, Army: Behind the New Frontlines follows the British Army on their most dangerous operations in Iraq, Estonia and South Sudan. Can the Army face off their enemies and avoid being drawn into a costly new wars?