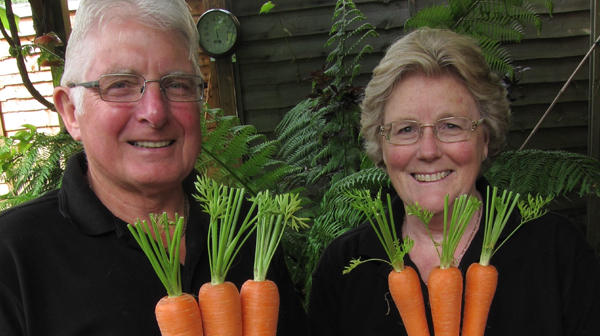 Allotment Wars dishes the dirt on the battles being fought on plots across the UK. Over 100,000 Britons are on allotment waiting lists. This high demand means that the pressure to maintain plots is equally high. If allotmenteers fail, eviction looms – a young plot holder in Manchester struggles to avoid such a fate.

In Devon, prize vegetables are being snatched and sheds ransacked, and it looks like an inside job. What can the site committee do to combat the saboteurs?

Allotment Wars shows what happens when strangers are thrust together on the land with too much time on their hands and too many sharp tools. As one contributor says: ‘This year, it’s war!’